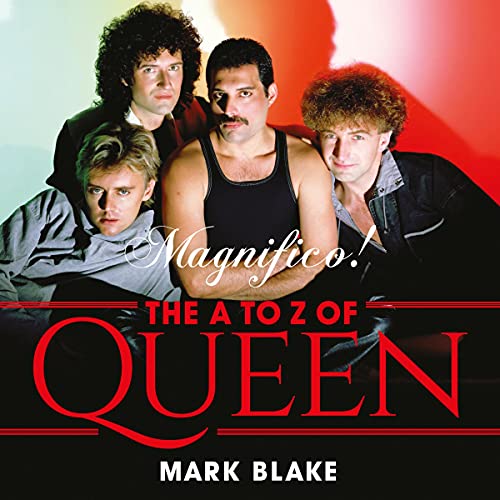 The story of Queen is rich with anecdotes, trivia, humour and tragedy - accompanied by some of the best-known songs of all time. In this revealing profile, acclaimed biographer Mark Blake uses a unique 'A to Z' approach to shed new light on the legendary band. With every entry aiming to celebrate, inform, entertain or amuse, Blake's complete portrait covers not only the major hits and best-selling albums, but also the inside stories behind the music.

Via a series of essays, lists and mini biographies, the author shares a wealth of lesser-known details - gained from more than 30 years of original interviews - and explores what the songs of Queen say about their creators. The book's format also allows it to take fascinating tangents, charting the places, characters and events that, often inadvertently, played a part in shaping the band and informing its music.

Elsewhere, entries offer light-hearted trivia - from a list of LPs the band was listening to in 1970 to tales of the 15 Jimi Hendrix gigs Freddie Mercury hitch-hiked around the UK to attend - as well as serious analysis, including the truth behind Mercury's funeral, which was effectively controlled by Queen's management and a reflection on the ways in which the flamboyant frontman confronted the 20th century's sexual mores and prejudices.

Addressing the phenomenal success of Bohemian Rhapsody, while challenging the fictionalised account it sold to cinemagoers, Blake builds on the band's enduring audience appeal in order to provide a fresh and unparalleled take on Queen's music, story and legacy.