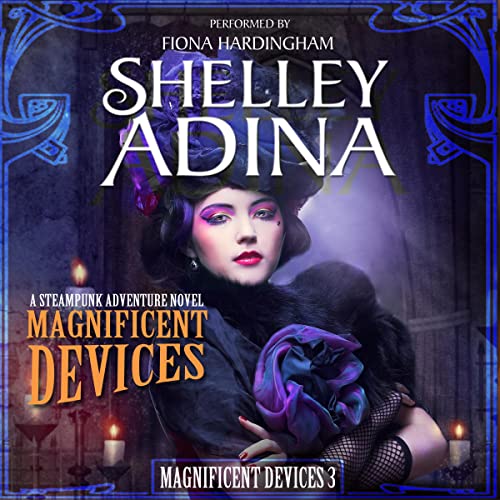 Book 3 in the Magnificent Devices series!

An air voyage to remember turns into a disaster no one may survive. With her orphaned charges, Lady Claire Trevelyan joins the Earl of Dunsmuir’s family on an airship voyage to the Americas. If she can stay out of Lord James Selwyn’s way until her eighteenth birthday, she will be of age and cannot be forced into marriage. What she doesn’t know is that Lord James is in the Americas, too, with Andrew Malvern closing in on him - and the wonderful device he stole. But when a storm cripples the airship and air pirates swoop in like carrion birds, Claire and the children must live by their wits to make their way across a harsh landscape. Will Andrew ever see her again and right the wrong he believes he has done? Will Lord James succeed in his monumental thievery? And how exactly does Rosie the chicken evade the soup pot?

Tighten your goggles, pull on your gloves, and prepare yourself for stratagems and strangeness in the third book in the series, Magnificent Devices!