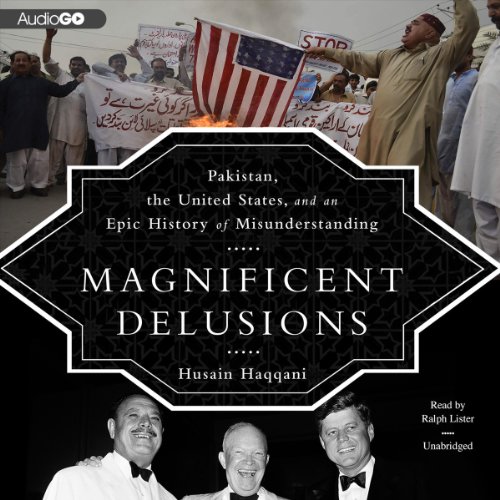 A character-driven history that describes the bizarrely ill-suited alliance between America and Pakistan, written by a uniquely insightful participant: Pakistan's former ambassador to the US.

The relationship between America and Pakistan is based on mutual incomprehension, and always has been. Pakistan - to American eyes - has gone from being a stabilizing friend to an essential military ally to a seedbed of terror. America - to Pakistani eyes - has been a guarantee of security, a coldly distant scold, an enthusiastic military supplier and ally, and now a threat to national security and a source of humiliation.

In their sixty-five year relationship, one country has become a global superpower, the other perilously close to a failed state - perhaps one of the most dangerous places in the world.

Husain Haqqani has a unique insight into Pakistan, hishomeland, and America, where he was the Pakistani ambassador and is now a professor at Boston University. His life has mapped the relationship of Pakistan and America, and he has found himself often close to the heart of it - sometimes in very confrontational circumstances, even under house arrest - which has allowed him to write the story of the two countries' turbulent affair, here memorably laid bare.