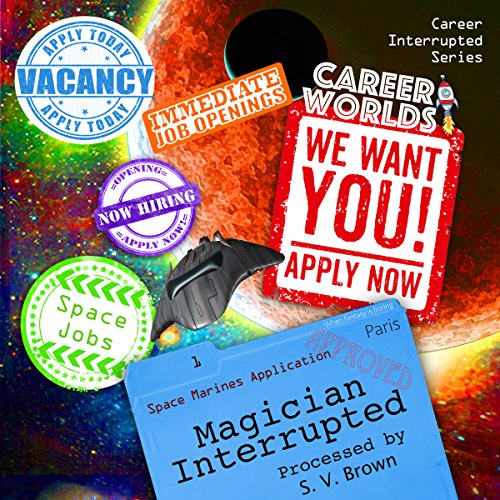 Paris is sick of being a magician, the Spell Caster. Where he comes from it just means being a paranormal-nerd. He hears about Career Worlds, sees the ads and decides he's going to become a space marine! But first, he has to get away from the stupid Trinity pit and is declared AWOL by the Assembly who decide what magicians can and cannot do. Well, screw that!

As he breaks away he dreams of fighting someone, defending his world against who knows what, and body building. From the moment he breaks away from O'rah, the Spell Magnifier, and Gargoyle, the Spell Binder, Paris finds life not quite what he was expecting especially when his cat, Path, joins the marines with him. This was his time to shine! What's worse? The marines seem to like his cat more than him.