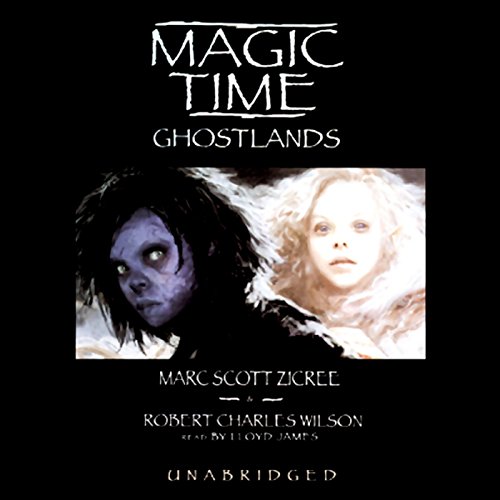 The epic climax of the Magic Time saga finds former lawyer turned visionary leader Cal Griffin continuing his quest across the changed face of America, where machines no longer run and magic holds sway. Accompanied by his loyal band of followers, fierce warrior Colleen Brooks, expatriate Russian physician Doc Lysenko, and bipolar street wizard Herman "Goldie" Goldman, Cal follows a trail of clues he hopes will lead him to the Source of the Change that overthrew the world, and to his abducted sister, Christina, who was transformed into one of the powerful, enigmatic beings known as flares.

Facing the most harrowing challenges of his life, Cal encounters old friends and foes, plus new ones such as Lady Blade of the Oglala Lakota, tracking her Storm-fled husband; the grunter boy Inigo Devine, emissary from a dread region and bearing a frightful secret; Mama Diamond, the elderly Japanese-American stone and bone dealer, who discovers an awesome, dragon-born talent within herself; and Jeff Arcott, Theo Siegel, and Melissa Wade, the triumvirate of brilliant grad students that just might have found the trick to getting everything running again, but at a terrible cost.

In this gripping tale of families torn apart and seeking reunion, of men and women haunted by past griefs and phantom futures, of unimaginable beauties and magnificent horrors, Cal Griffin and his friends find themselves called to rise above all limits of strength and endurance, armed with little more than forgiveness, compassion, and an unshakable determination to heal the world and one another, in the depths of the Ghostlands.

"The conclusion of the trilogy...is as spectacular as its predecessors....A powerful, intelligent, deeply human, and many times abruptly laugh-out-loud funny wrap-up volume." (Booklist)
"The best dose of magic to hit the world of fantasy literature in a long time." (Orson Scott Card)