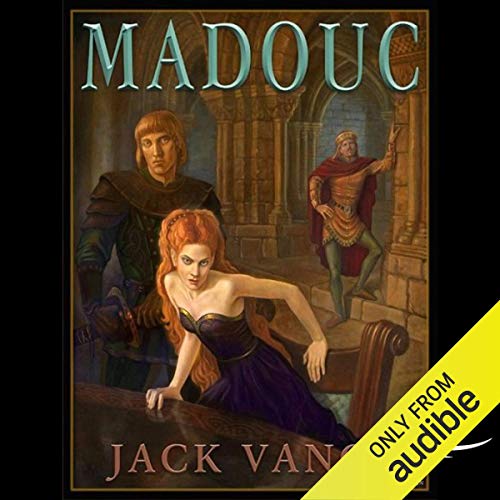 The World Fantasy Award-winning third volume of the Lyonesse trilogy brings attention to the faerie changeling Madouc. Where princess Suldrun once meekly endured the proprieties of Castle Haidion, Madouc defends herself with rotten fruit. Vexed, King Casmir arranges a contest to marry her off, but Madouc has other ideas, and enlists the stableboy "Sir Pom-pom" on an impromptu quest to find her father. During their travels, they encounter swindlers, faeries, trolls, ogres, a knight in search of his youth, and a relatively pedestrian item known as the Holy Grail. As the sorcerers Shimrod and Murgen investigate portents of cataclysm in the world of magic, Casmir plans a murder that will bring all the lands under his iron rule; however, his ambitions will be complicated by one small but important oversight-he's failed to allow for Madouc!

"It's hard to imagine a better performer of a high-fantasy novel such as this than Kevin T. Collins. His voice carries a hint of high-born caste, of chivalry, of faintly stilted dialogue in which every sentence carries multiple subtle meanings." (AudioFile)
“Vance has the narrative force, the willingness to look very coldly at violence and cruelty, to not shy away…. He has an amazing ear and writes a beautiful sentence.” (Michael Chabon)
“(Vance) gives you glimpses of entire worlds with just perfectly turned language. If he’d been born south of the border, he’d be up for a Nobel Prize.” (Dan Simmons)