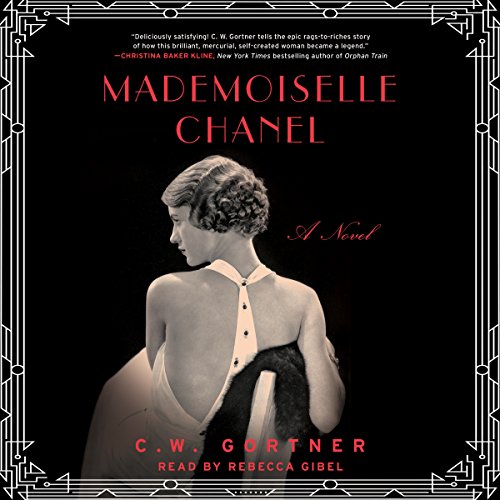 For readers of The Paris Wife and Z comes this vivid novel full of drama, passion, tragedy, and beauty that stunningly imagines the life of iconic fashion designer Coco Chanel - the ambitious, gifted laundrywoman's daughter who revolutionized fashion, built an international empire, and became one of the most influential and controversial figures of the twentieth century.

Born into rural poverty, Gabrielle Chanel and her siblings are sent to an orphanage after their mother's death. The sisters nurture Gabrielle's exceptional sewing skills, a talent that will propel the willful young woman into a life far removed from the drudgery of her childhood.

Transforming herself into Coco, a seamstress and sometime torch singer, the petite brunette burns with ambition, an incandescence that draws a wealthy gentleman who will become the love of her life. She immerses herself in his world of money and luxury, discovering a freedom that sparks her creativity. But it is only when her lover takes her to Paris that Coco discovers her destiny.

Rejecting the frilly, corseted silhouette of the past, her sleek, minimalist styles reflect the youthful ease and confidence of the 1920s modern woman. As Coco's reputation spreads, her couturier business explodes, taking her into rarefied society circles and bohemian salons. But her fame and fortune cannot save her from heartbreak as the years pass. And when Paris falls to the Nazis, Coco is forced to make choices that will haunt her.

An enthralling novel of an extraordinary woman who created the life she desired, Mademoiselle Chanel explores the inner world of a woman of staggering ambition whose strength, passion, and artistic vision would become her trademarks.