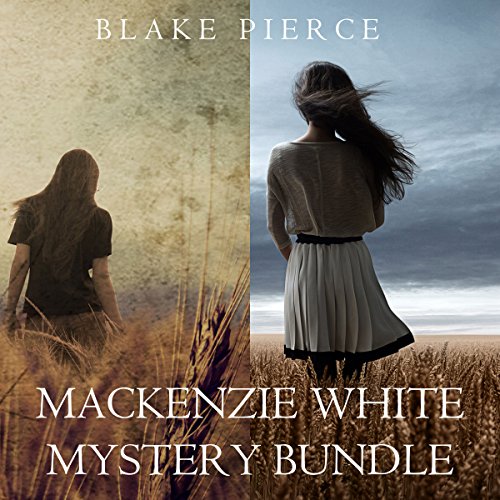 From Blake Pierce, best-selling author of Once Gone (a number-one best seller with over 600 five-star reviews), comes a heart-pounding new mystery series.

A bundle of books: Book one (Before He Kills) and book two (Before He Sees) in Blake Pierce’s Mackenzie White mystery series! This bundle offers books one and two in one convenient file.

In Before He Kills, in the cornfields of Nebraska, a woman is found murdered, strung up on a pole, the victim of a deranged killer. It doesn’t take long for the police to realize a serial killer is on the loose - and that his spree has just begun. Detective Mackenzie White, young, tough, smarter than the aging, chauvinistic men on her local force, finds herself called in grudgingly to help solve it. As much as the other officers hate to admit it, they need her young, brilliant mind, which has already helped crack cold cases that had left them stumped. Yet even for Mackenzie this new case proves an impossible riddle, something the likes of which she - and the local force - have never seen.

In Before He Sees, FBI agent-in-training Mackenzie White struggles to make her mark in the FBI Academy in Quantico, trying to prove herself as a woman and as a transplant from Nebraska. Hoping she has what it takes to become an FBI agent and leave her life in the Midwest behind for good, Mackenzie just wants to keep a low profile and impress her superiors. But all that changes when the body of a woman is found in a garbage dump. The murder bears shocking similarities to the Scarecrow Killer - the case that made Mackenzie famous in Nebraska - and in the frantic race against time to stop a new serial killer, the FBI decides to break protocol and give Mackenzie a chance on the case.