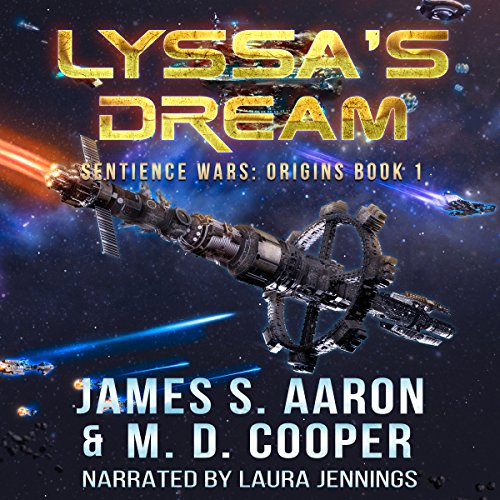 Captain Andy Sykes just wants to keep his family in one piece.

Once a combat pilot for the TSF, he gave it all up for love and a family. But two years ago, his wife disappeared, leaving him with two mouths to feed: eight-year-old Tim and 10-year-old Cara.

Since then, he's managed to scrape a living hauling cargo between the Jovian Combine and InnerSol. It's not glamorous, his ship's falling apart, and it's boring as hell, but it keeps them in fuel and calories.

When a cargo run to Cruithne Station meets with more than one catastrophe, Andy finds himself accepting an offer a less desperate man would refuse: delivering an illegal AI named Lyssa.

The AI is the property of Heartbridge, a powerful, interplanetary corporation, and they want their latest weapon back. With a private army, gangs, and pirates all vying for the precious cargo Andy carries, it's going to take everything Andy has to keep his ship flying and his kids safe, and to get Lyssa to her destination.

Even if he succeeds, Lyssa's very existence may spark a war like no other humanity has ever seen.