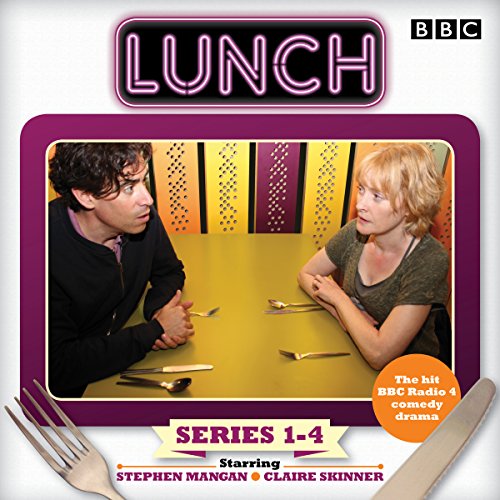 Bill works as an economist in a right-wing institute giving succour to bankers and businessmen. Bella teaches yoga, waters the plants in Canary Wharf and holds Proust seminars for retirees. Years ago they shared a flat before Bill got married and moved to America. Now he's back and feeling a little off-kilter, so he decides to rekindle his friendship with Bella.

Once a month they get together for lunch, where they talk about everything from politics to Proust, parenting and the perils of online dating. The only thing they never discuss is how much they love each other....

In Marcy Kahan's delightful "platonic romantic comedy", we join Bill and Bella as they meet, eat and disagree about everything; and over the course of four series, we learn their hopes and dreams and listen in as their lives change direction.

"A wise and witty feast for the senses." (Gillian Reynolds, The Daily Telegraph)