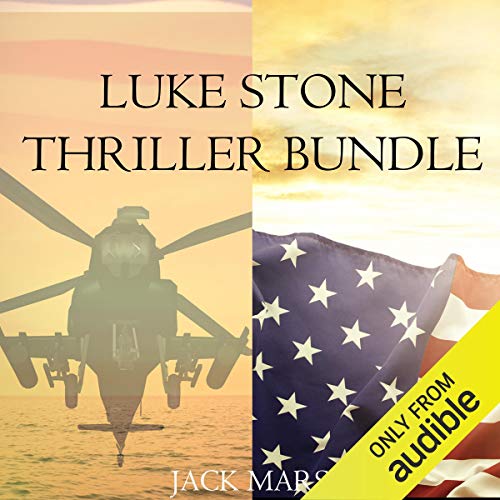 A bundle of audiobooks #1 (Any Means Necessary) and #2 (Oath of Office) in Jack Mars’s Luke Stone Thriller series—a bestseller with over 150 five star reviews!

In Any Means Necessary, nuclear waste is stolen by jihadists in the middle of the night from an unguarded New York City hospital. The police, in a frantic race against time, call in the FBI. Luke Stone, head of an elite, secretive, department within the FBI, is the only man they can turn to. Luke realizes right away that the terrorists’ aim is to create a dirty bomb, that they seek a high-value target, and that they will hit it within 48 hours. A cat and mouse chase follows, pitting the world’s most savvy government agents versus its most sophisticated terrorists. As Agent Stone peels back layer after layer, he soon realizes he is up against a vast conspiracy, and that the target is even more high value than he could have imagined—leading all the way to the President of the United States.

In Oath of Office, a biological agent is stolen from a biocontainment lab. Weaponized, it could kill millions, and a desperate national hunt ensues to catch the terrorists before it is too late. Luke Stone, head of an elite FBI department, with his own family still in jeopardy, has vowed to walk away—but when the new President, barely sworn in, calls him, he can’t turn his back on her.

Political thrillers with non-stop action, dramatic international settings, unexpected twists and heart-pounding suspense, the Luke Stone series is an explosive new series that will leave you listening late into the night.

Audiobook #3 in the series, Situation Room, is also now available.