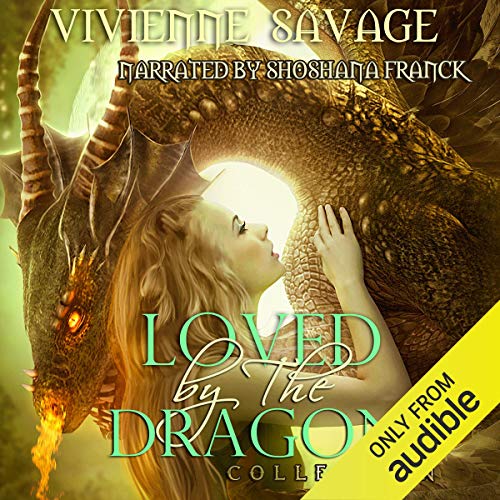 Loved by the Dragon Collection

This collection contains three exclusive bonus chapters from the point-of-view of Saul and Teo.

Saved by the Dragon

Chloe Ellis' decision to celebrate the end of a turbulent relationship sends her off for a weekend of hiking and bonding with Mother Nature. When a rainstorm strikes during a spontaneous mountain climb, she has no choice but to seek shelter - and become hopelessly lost within a dank and dismal cave system. There's one more problem: her golden-eyed, incredibly sexy rescuer isn't the average hiker. He's also a dragon.

Mated by the Dragon

Chloe's life takes another dramatic turn that brings her and her dragon to her home in Houston, Texas. From there, her future with Saul becomes dicey as shadowy forces in the draconic world object to their new union.

When Marceline Vargas agrees to join her friend, Chloe, for an island vacation in Mexico, she's ready for fun in the sun and an escape from her hectic career. After crossing paths with the resort's owner, she discovers the billionaire dragon shifter is a charismatic enigma - sexist but kind-hearted, intimidating, and generous. Can his chauvinistic patterns be tamed? Marcy intends to find out.