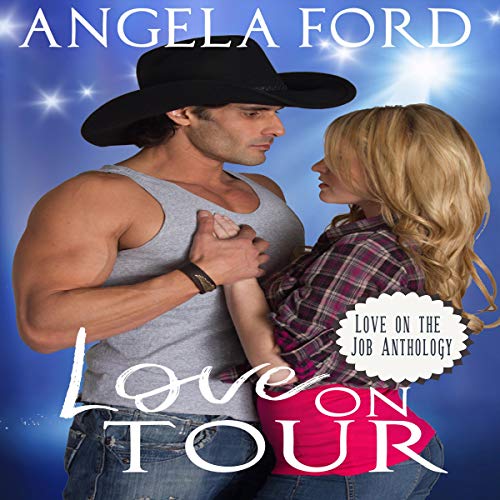 Andi Scott, book publicist, for a major New York publishing house knows everyone in the promotional world. Her only love in life is her career. When her brother Rick, Tour Manager, calls her in desperation; she decides to step away from book tours to take on the role as Tour Publicist for an award-winning country star, Brett Hill. Andi is responsible for all media relations and publicity related to the tour. When the show hits the road, Andi works closely with her brother, Brett, and the crew to promote each performance, hold press conferences, and schedule special appearances. A 24-hour-a-day gig that demands her to focus on promotion while looking ahead to the next city.

Brett Hill released five albums, is a Grammy winner, and has toured with stadium-filled crowds. He loves what he does and he’s doing it well. His only love in life is music. He connects with his fans through enthusiasm, appreciation, and charm. An energized entertainer that keeps you smiling and singing along with him. His good looks, athletic physique, and his country charm has given him a long list of women. Until he meets his publicist, Andi Scott. She’s different, professional, and has his back. But as the tour begins, he falls hard for the book publicist from Virginia.

Complications arise along the tour when a photo of Andi outside Brett’s hotel room is leaked and then Andi’s ex shows up out of the blue. As if she didn’t have enough to juggle and an inevitable attraction to Brett; Andi must protect the reputation she’s built and keep the tour running smoothly. She’s scared to fall in love and become a number added to Brett’s list. He assures her he can’t live without her - on or off stage. One night of escape from the madness of life on tour leaves them both to wonder if it’s really love on tour they’ve found.