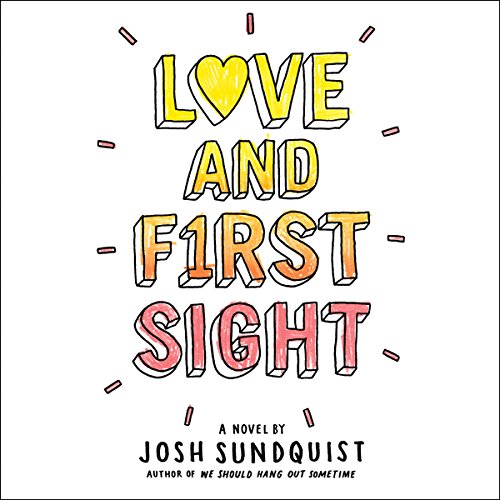 In his debut novel, YouTube personality and author of We Should Hang Out Sometime Josh Sundquist explores the nature of love, trust, and romantic attraction.

On his first day at a new school, blind 16-year-old Will Porter accidentally groped a girl on the stairs, sat on another student in the cafeteria, and somehow drove a classmate to tears. High school can only go up from here, right?

As Will starts to find his footing, he develops a crush on a charming, quiet girl named Cecily. Then an unprecedented opportunity arises: an experimental surgery that could give Will eyesight for the first time in his life. But learning to see is more difficult than Will ever imagined, and he soon discovers that the sighted world has been keeping secrets. It turns out Cecily doesn't meet traditional definitions of beauty - in fact everything he'd heard about her appearance was a lie engineered by their so-called friends to get the two of them together. Does it matter what Cecily looks like? No, not really. But then why does Will feel so betrayed?

Told with humor and breathtaking poignancy, Love and First Sight is a story about how we relate to each other and the world around us.

"[Narrator Pat] Young's voicing of the story's cast - Will's hovering mother, his insightful English teacher, the kids on the quiz team - enhances Sundquist's deft characterizations. In the audio format, the accounts of Will's world encourage listeners to reflect on their own sensory awareness. Add the well-developed romantic theme, and this is a perfect listening experience." ( AudioFile)