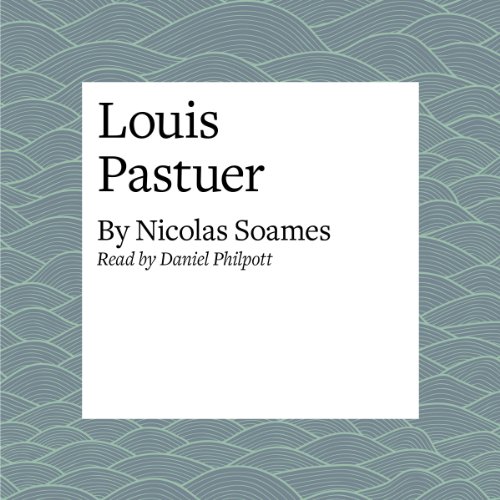 This audio biography of the father of microbiology, Louis Pasteur, begins with a little boy suffering a bite from a rabid dog and traces back to the discoveries Pasteur made about microbes that resulted in his successful treatment of the boy. Narrator Daniel Philpott's animated performance adds interest to the descriptions of Pasteur's scientific research, which revealed the presence of microbes and their effects. Philpott narrates important revelations, such as the study of germs and bacteria, in a conversational manner, lending them the feel and interest of entertaining anecdotes rather than a series of dull facts.

This is a story from the Famous People in History II collection.

Here are the life stories of nine famous people who have left their mark upon the world. There are men of action such as Alexander the Great and George Washington, and a woman, Joan of Arc, who inspired a nation. There are scientists whose voyages of discovery took place in laboratories: Isaac Newton, Louis Pasteur, and Marie Curie. Imagination is the fuel of the artist. The paintings of Leonardo da Vinci and the symphonies of Ludwig van Beethoven, though centuries old, still affect us today. And finally, there is the story of Mohandas Karamchand Gandhi, who gained freedom for his country while at the same time promoting the idea of peace and non-violence. These men and women were important in their time and, even in our computer age, show what individuals with ideals and energy can achieve.