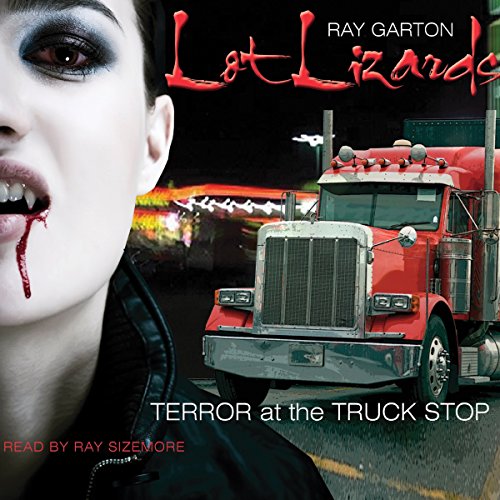 A lot lizard is a female hooker who works a highway truck stop as her territory. When trucker Bill Ketter looks for a little relaxation and release, he discovers, too late, that he has bitten off more than he can chew. In fact, his lot lizard is the one that does the biting. She is a vampire, one of a number who move from one truck stop to the next under the watchful and vicious eyes of the repulsive Carsey Brothers.

Against his will, Bill becomes one of the undead. He follows the brothers and their cargo to another stop where he meets his ex-wife and children, and Bill finds himself battling the vampires and their age-old leader for the life of his teenaged son.

Garton has created another small masterpiece, contemporary adult horror at its most gruesome and loaded with extra doses of sex and gore. The confined setting creates a perfect claustrophobic stage for the story and the hellaciously quick pace never lets the action slow down.