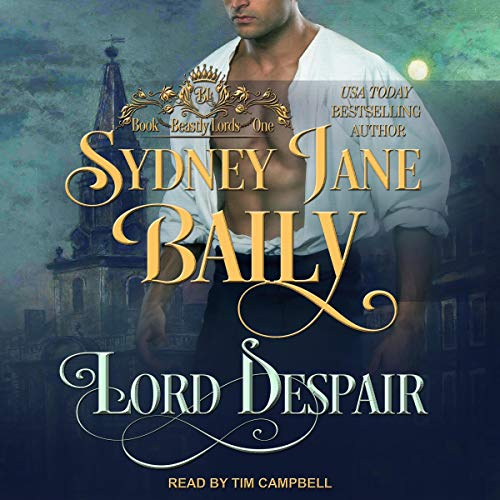 From the lush English countryside to the glittering society of Victorian London, and the shabbier side of its gambling hells, Lord Despair thought he'd left the worst behind in the Burmese jungle. He was wrong.

Lord Simon Devere returns from the Burmese War haunted by the vivid memory of his slain cousin and powerless to know reality from dreams. Unable to sleep lest he awaken in the cell of his nightmares, he sits in the dark, incapable of believing he is truly home - and safe - in England.

Jenny Blackwood is determined not to let her mother and sisters succumb to an unkind fate. With a head for numbers, she becomes the skilled bookkeeper "Mr. Cavendish." One unexpected client is the nobleman cruelly named by gossips as Lord Despair.

With the estate's coffers mysteriously dwindling, Jenny goes where others fear to tread, into the darkened room of the unstable earl. Encouraged by her tenacity, Simon believes he can become the man he once was. However, as friendship quickly sparks into passion, they discover the greatest danger lies ahead of them, and the biggest threat to Jenny may be Lord Despair himself.