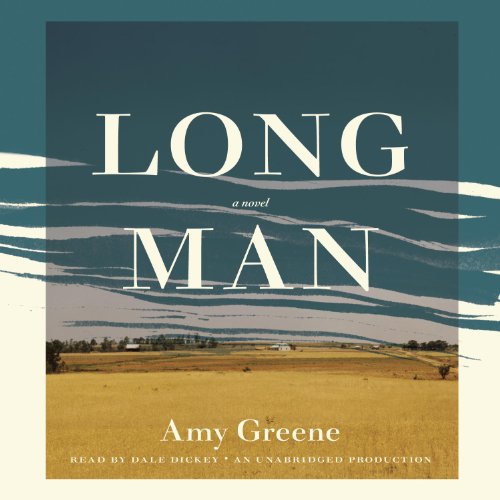 From the critically acclaimed author of Bloodroot, a gripping, wondrously evocative novel of a family in turmoil, set against the backdrop of real-life historical event - the story of three days in the summer of 1936, as a government-built dam is about to flood an Appalachian town, and a little girl goes missing.

A river called Long Man has coursed through East Tennessee from time immemorial, bringing sustenance to the people who farm along its banks and who trade among its small towns. But as Long Man opens, the Tennessee Valley Authority’s plans to dam the river and flood the town of Yuneetah for the sake of progress - to bring electricity and jobs to the region - are about to take effect. Just a few days remain before the river will rise, and most of the town has been evacuated. Among the holdouts is a young, headstrong mother, Annie Clyde Dodson, whose ancestors have lived for generations on her mountaintop farm; she’ll do anything to ensure that her three-year-old daughter, Gracie, will inherit the family’s land. But her husband wants to make a fresh start in Michigan, where he’s found work that will bring the family a more secure future. As the deadline looms, a storm as powerful as the emotions between them rages outside their door. Suddenly they realize that Gracie is nowhere to be found. Has the little girl simply wandered off into the rain? Or has she been taken by Amos, the mysterious drifter who has come back to Yuneetah, perhaps to save his hometown in a last, desperate act of violence?

Suspenseful, visceral, gorgeously told, Long Man is a searing portrait of a tight-knit community brought together by change and crisis, and of one family facing a terrifying ticking clock. A novel set in history that resonates with our own times, it is a dazzling and unforgettable tour de force.

It took me about 10 min to get used to the East Tennessee accent, but I'm soo glad I kept listening to it.
What a wonderful touching story , also a true story narrated in such a catching way , I could see the people right in front of me..., smell the fields and air in Yuneetah and wanting to be part of the family fighting against the flooding in 1936 .
I was listening a couple of month ago to ' Bloodroot ' written also by Amy Greene and I'm very grateful to had the chance to listen to another audiobook by her now...thanks to the audible team:)