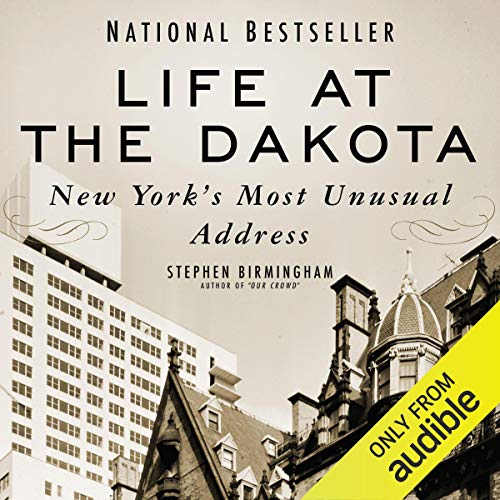 Life at the Dakota

Life at the Dakota

A history of the Manhattan building and its famous tenants, from Lauren Bacall to John Lennon, by the New York Times best-selling author of Our Crowd.

When Singer sewing machine tycoon Edward Clark built a luxury apartment building on Manhattan’s Upper West Side in the late 1800s, it was derisively dubbed “the Dakota” for being as far from the center of the downtown action as its namesake territory on the nation’s western frontier. Despite its remote location, the quirky German Renaissance-style castle, with its intricate façade, peculiar interior design, and gargoyle guardians peering down on Central Park, was an immediate hit, particularly among the city’s well-heeled intellectuals and artists.

Over the next century it would become home to an eclectic cast of celebrity residents - including Boris Karloff, Lauren Bacall, Leonard Bernstein, singer Roberta Flack (the Dakota’s first African-American resident), and John Lennon and Yoko Ono - who were charmed by its labyrinthine interior and secret passageways, its mysterious past, and its ghosts. Stephen Birmingham, author of the New York society classic Our Crowd, has written an engrossing history of the first hundred years of one of the most storied residential addresses in Manhattan and the legendary lives lived within its walls.