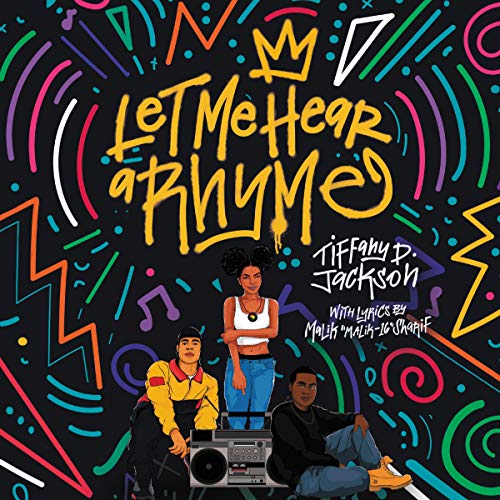 Let Me Hear a Rhyme

Let Me Hear a Rhyme

In this striking new novel by the critically acclaimed author of Allegedly and Monday’s Not Coming, Tiffany D. Jackson tells the story of three Brooklyn teens who plot to turn their murdered friend into a major rap star by pretending he's still alive.

Brooklyn, 1998. Biggie Smalls was right: Things done changed. But that doesn’t mean Quadir and Jarrell are cool letting their best friend Steph’s music lie forgotten under his bed after he’s murdered - not when his rhymes could turn any Bed-Stuy corner into a party.

With the help of Steph’s younger sister, Jasmine, they come up with a plan to promote Steph’s music under a new rap name: the Architect. Soon, everyone wants a piece of him. When his demo catches the attention of a hotheaded music label rep, the trio must prove Steph’s talent from beyond the grave.

As the pressure of keeping their secret grows, Quadir, Jarrell, and Jasmine are forced to confront the truth about what happened to Steph. Only, each has something to hide. With everything riding on Steph’s fame, they need to decide what they stand for or lose all they’ve worked so hard to hold on to - including each other.

Highly recommend
This is one special book!!
The voice actors did an amazing job
Very immersive you truly feel for every character