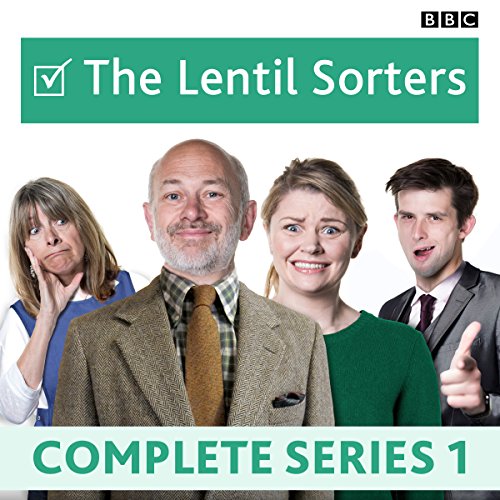 Welcome to The Lentil Sorters, a sitcom set in the Office of Local & National Statistics which, depending on who you ask, is either where the real power of government resides or the place where fun goes to die.

In 'Standard Deviation' the team uncover an unexpected statistical correlation between eyebrows, strawberries and dangerous dogs....

In 'Multiparameter Database Search', a database linking of Ribena and MI5 makes Graham reach for his Stress Cardigan.

In 'Researcher Bias' Daniel and Audrey fight over the Welfare State with the aid of a can of strong lager, a fake police uniform and a beloved British character actor.

And in 'False Positives' a stag do, a stats conference and a blood test all combine to make Graham's life substantially worse.