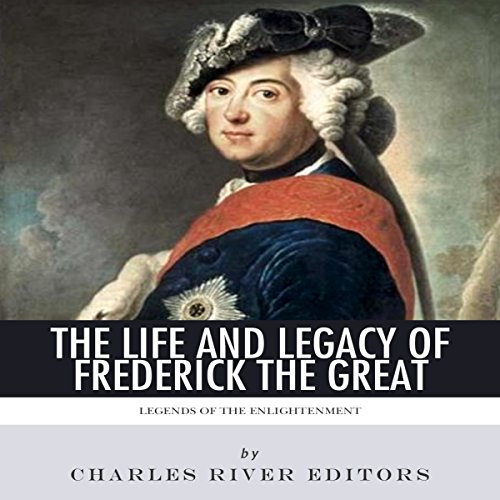 Legends of The Enlightenment: The Life and Legacy of Frederick the Great

Legends of The Enlightenment: The Life and Legacy of Frederick the Great

"A single Voltaire will do more honor to France than a thousand pedants, a thousand false wits, a thousand great men of inferior order." - King Frederick II of Prussia

Europe has had no shortage of military heroes, political geniuses, and towering intellects, but no ruler combined all those traits as successfully as King Frederick II of Prussia, whose feats in battle were matched only by his enlightened rule.

Growing up with an ear for music and an eye for art, the prince who would have eschewed the art of war, nevertheless became one of the most adept and brilliant military commanders of the 18th century, helping to expand his kingdom's borders, while modernizing the state within. When Frederick ascended to his throne, Prussia was a loosely scattered kingdom of provinces in modern Germany, culturally and technologically inferior to Enlightened France, and Great Britain to the west. In the process of expanding and consolidating his kingdom, Frederick would go about revolutionizing and modernizing the Prussian Army, ultimately making it a critical player during the Napoleonic Era, a generation later.

In the process of building and modernizing his kingdom, Frederick epitomized the essence of an enlightened ruler. Though he maintained absolute power during his reign, he wielded it for the benefit of the kingdom as a whole. Frederick was one of Europe's most notable patrons of the arts, and he became well acquainted with famous contemporaries like Goethe and Voltaire, while also establishing the world renowned Berlin Academy. In the same vein, the religious tolerance afforded to his subjects was nearly unequaled across Europe, something that philosophers like Immanuel Kant were able to take advantage of.

Das sagen andere Hörer zu Legends of The Enlightenment: The Life and Legacy of Frederick the Great