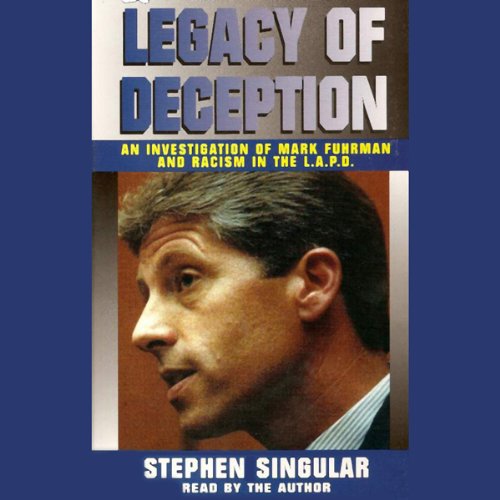 In the early of investigating the murders of Nicole Brown Simpson and Ronald Lyle Goldman, L.A.P.D. Homicide Detective Mark Fuhrman uncovered evidence destined to become the cornerstone of the prosecution's case in the trial of O.J. Simpson. But as the elaborate legal epic unfolded, Fuhrman himself-his character and professional conduct - far overshadowed the impact of his evidence. What emerged in the public eye, though shielded from the eyes of the jurors, was an appalling history of planting evidence, beating up suspects, virulent racism and anti-Semitism acted out behind the safety of a badge. While the defense attempted to capitalize on the heavily publicized information about Fuhrman, prosecutors scrambled to maintain courtroom focus on the actual defendant.

Meanwhile, journalist Stephen Singular took on the task of infiltrating the police department crime lab in search of the truth. What he discovered earned him a starring role on the glittery defense team as he outlined for them a means of proving that the defendant's blood actually could have been planted at the crime scene. With this demonstration as a springboard, the defense scored a victory that astonished the entire world. But had a renegade cop actually planted the blood or not?

In Legacy of Deception, Stephen Singular disassembles the wall of deception constructed by the L.A.P.D. to reveal a scenario far more sinister than anything that emerged in the course of the trial chilling proof that true innocence was rare or nonexistent in this nightmarish case.