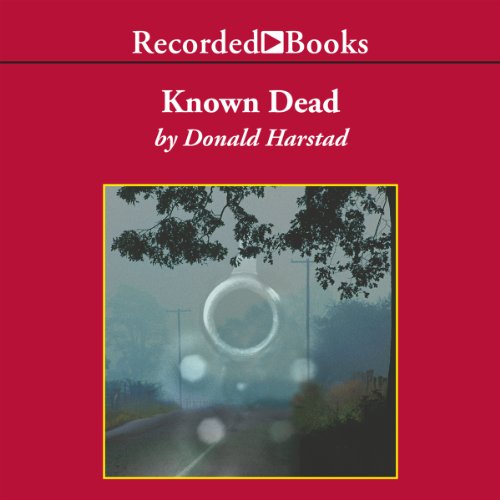 Donald Harstad, a 26-year police veteran, has firsthand knowledge of small-town police departments. This background enables him to create the authentic details, realistic dialogue, and suspenseful twists in Known Dead.

Deputy Sheriff Carl Houseman is dozing in his cruiser near parklands in Nation County, Iowa, when he hears popping sounds. Immediately, his radio screams to life with a call for assistance. What started as a simple raid on a marijuana patch has erupted into high-powered gunfire. As the air clears, two men are known dead. But who was firing, and what else are they protecting?

Houseman will find few heroes as he follows a convoluted trail that leads from the marijuana plants to an elusive international operator. By the time the case is closed, “known dead” has taken on a new meaning for him. Ron McLarty’s dramatic narration highlights Houseman’s increasingly ironic attitude toward life and his profession.

"Written...with a delightful sense of humor, and displaying a deft handling of pace and character that would make other, more well known writers jealous, this fine novel not only fulfills the promise of Harstad's debut but instantly propels him into the top ranks of mystery writers." ( Booklist)