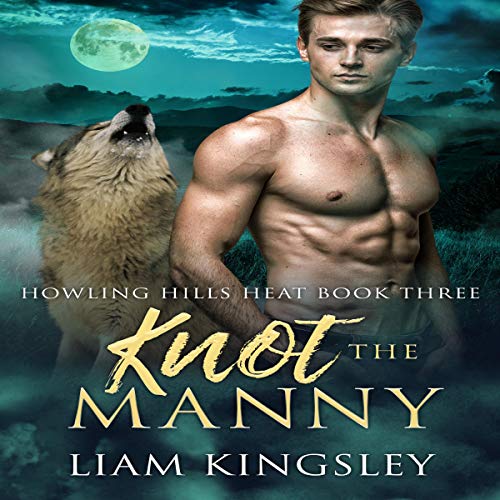 Thorne isn't ready to fall in love. His wife has been gone for only two years; he's still a grieving widower. Most days, he's not sure if he'll ever be ready to open his heart again. A simple, quiet existence with his beloved son, Mason, will have to be enough for him - and when it's not, he's got his friends in the Howling Hills pack to take up the slack.

Omega Logan is trying hard just to stay afloat. Not only has he just been made redundant at his job, his beloved Nan is quickly slipping away into the hereafter. When she passes, he will lose not only the last of his family but also the roof over his head. He's running out of options...until fate steps in, taking the form of a child's lost stuffed elephant.

Returning the stuffed animal to his owner gives Logan a sense of purpose - and a job. Thorne needs a manny to care for Mason during the day. Logan needs an income. That Thorne is the hottest alpha Logan has ever met doesn't even matter, because Thorne is obviously straight...isn't he?

When Logan's heat hits unexpectedly, the tentative feelings between the two men burst into something deeper - something richer. Fate has given Thorne a second chance at love and family...but with his heart on the line, will Thorne choose the specter of his past? Or a brighter, happier future?

Knot the Manny is a wolf shifter mpreg romance audio book with a guaranteed happily ever after. It is the third audio book in the Howling Hills Heat series, where finding your fated mate isn't just a dream - it's destiny.