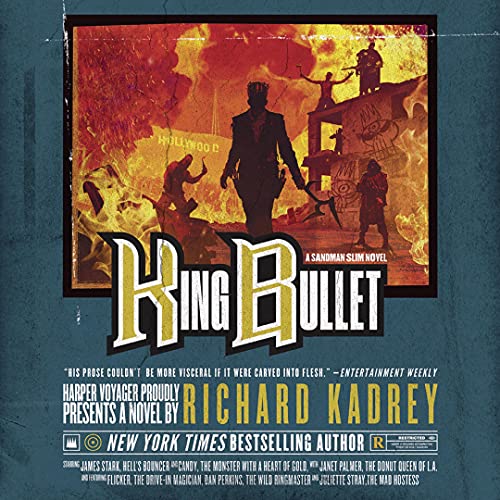 It’s been three months since Stark stopped a death cult and a potential ghost apocalypse, and he’s at loose ends. His personal life is a mess. His professional life isn’t much better. And the world...well, the world is going to shit. LA is gripped by a viral epidemic that has everyone wearing masks and keeping their distance from each other. But what’s even more frightening is the Shoggot gang and their leader, King Bullet, who revels in the city’s collapse.

Who is King Bullet? No one knows. He seemingly came from nowhere with nothing but a taste for mayhem and an army of crazed killers who follow his every command. What king wants seems simple on it face: chaos. Destruction. A city in flames. But there’s more to the king and his plans for LA, and what Stark discovers will change heaven, Earth and Stark himself forever.