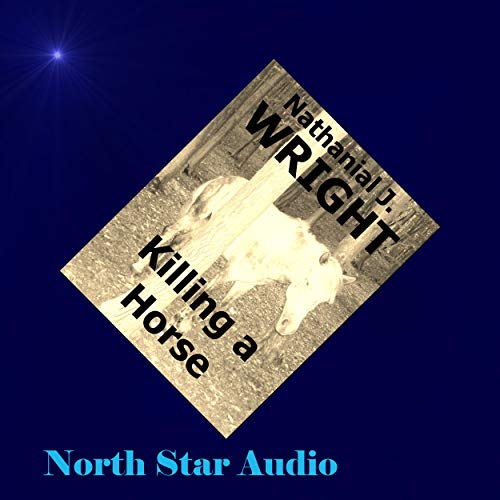 Nathanial J. Wright’s poignant tale of painful obligation in the relationships between fathers and children is as soft and understated as it is powerful. A coming-of-age story seen through the eyes of the father, the inevitability of obligatory action in the face of terrible sadness somehow fades beneath the triumph of the human recovery in the light of tragic responsibility. "Killing a Horse" is a remarkable achievement in short fiction.

It was a problem every parent dealt with eventually on a farm.

It really was. She was old even for a horse. She could carry nothing not even a small child upon her back and the plow that had conformed to the stiffness of her back lay undisturbed in the dirt while she strained.

There it was, the one statement uttered by hundreds of generations of farmer’s children. The old man looked into the eyes of his daughter and then again at the lamed horse. She wouldn’t run again, probably wouldn’t even walk again. He watched as the horse tried to get up, rolled on its side, took two half crouched steps and sank back down. His shoulders dropped as he knelt next to the beast and his bushy eyebrows covered his eyes comically like two fattened caterpillars.

He looked at his daughter’s face and saw the pain and sadness. The girl was crying though the tears hadn’t started yet. He stayed in that half crouch and didn’t even look at her when he said it, couldn’t. As many times as any farmer had been forced to do it, and teach the next generation how, it was never easy. She was a good horse, a fast one. He had raised her from a young filly and fitted the yoke to her neck himself.