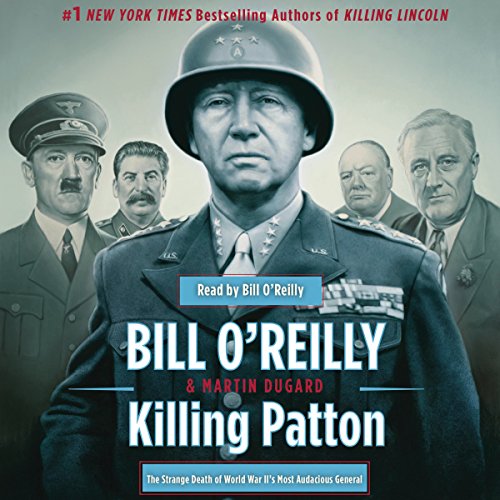 Listeners around the world have thrilled to Killing Lincoln, Killing Kennedy, and Killing Jesus - riveting works of nonfiction that journey into the heart of the most famous murders in history. Now, from Bill O'Reilly, anchor of The O'Reilly Factor, comes the most epic book of all in this multimillion-selling series: Killing Patton.

General George S. Patton, Jr., died under mysterious circumstances in the months following the end of World War II. For almost 70 years, there has been suspicion that his death was not an accident - and may very well have been an act of assassination. Killing Patton will take listeners inside the final year of the war and recount the events surrounding Patton's tragic demise, naming names of the many powerful individuals who wanted him silenced.