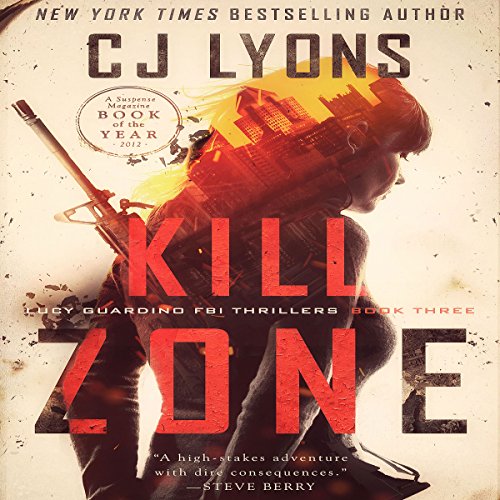 WARNING: The Lucy Guardino FBI Thrillers are NOT for the faint of heart! They depict adult situations, realistic violence with consequences, and delve deep into the darkness of the human heart and mind.

Lucy's back! In a story ripped from the headlines, the violence is the worst she's ever seen, the stakes are higher than ever, and then...things get personal.

It's a vicious, horrific crime: the brutal killing of a teenage girl. When Pittsburgh detectives call FBI Supervisory Special Agent Lucy Guardino to the scene, their focus is on who and why.

Was it the girl's Afghan father striving to regain his honor after she became too Westernized? Her Jewish boyfriend? Someone from Afghanistan settling an old grudge? Or one of the many drug cartels the father helped the DEA bring down seeking revenge?

Former Marine Sergeant Andre Stone has been home a month, but he has yet to leave the safe haven of his grandmother's house - other than to go to his appointments at the VA's burn clinic. Andre's disfiguring physical scars are the least of his worries. The emotional wounds of seeing his men massacred in a DEA raid gone horribly wrong have left him a walking dead man, numb to anything.

All he can think about is revenge. On Rashid Raziq, the man behind the raid. When Andre is offered a chance at vengeance, the only question left is: How far will he go to get it?

The answers seem clear when Pittsburgh becomes engulfed in flames as a violent narcoterrorist turns the city into a kill zone.... But in the dark of night, surrounded by men intent on destroying the truth, Lucy and Andre both learn that secrets hide in shadows.

Think you have what it takes to handle Lucy? Order Kill Zone today!

New to Lucy? Check out her first two adventures in Snake Skin and Blood Stained.