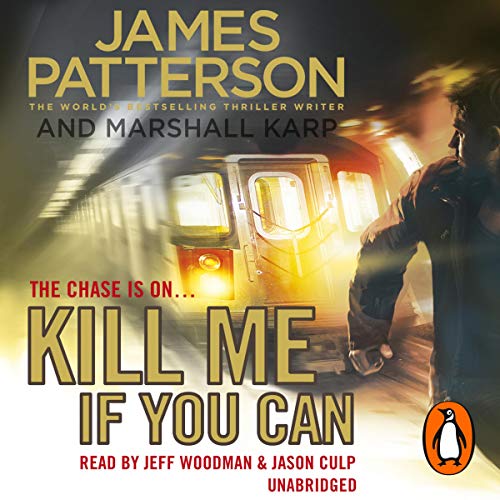 Kill Me If You Can

Matthew Bannon, a poor art student living in New York City, finds a duffel bag filled with diamonds during a chaotic attack at Grand Central Station. Plans for a worry-free life with his gorgeous girlfriend Katherine fill his thoughts – until he realises that he is being hunted, and that whoever is after him won’t stop until they have reclaimed the diamonds and exacted maximum revenge.

Trailing him is the Ghost, the world’s greatest assassin, who has just pulled off his most high-profile hit: killing Walter Zelvas, a top member of the international Diamond Syndicate. There’s only one small problem: the diamonds he was supposed to retrieve from Zelvas are missing.

Now, the Ghost is on Bannon’s trail – but so is a rival assassin who would like nothing more than to make the Ghost disappear for ever.

Kill Me If You Can is a high-speed, high-stakes, winner-takes-all thrill ride of adrenaline-fuelled suspense.

Das sagen andere Hörer zu Kill Me If You Can