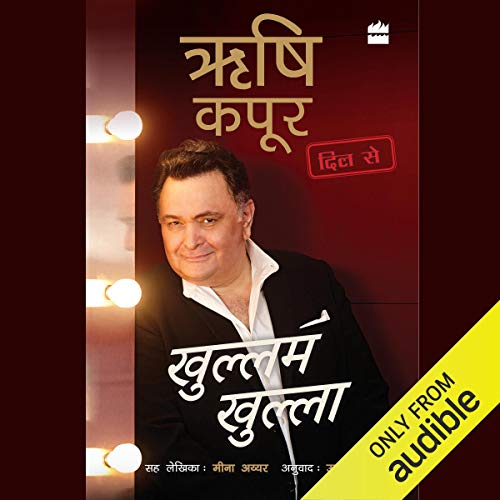 Few actors in Hindi cinema have had the sort of career arc: from the gawky adolescent pining for his schoolteacher (Mera Naam Joker, 1970) to the naughty 90-year-old (Kapoor & Sons, 2016), Rishi Kapoor has regaled audiences for close to 50 years. He won a National Award for his debut, became an overnight sensation with his first film as a leading man (Bobby, 1973) and carved a niche for himself with a string of romantic musical blockbusters in an era known for its angst-ridden films.

Characteristically candid, Rishi Kapoor brings Punjabi brio to the writing of Khullam Khulla. This is as up close and personal a biography as any fan could have hoped for. A foreword by Ranbir Kapoor and a stirring afterword by Neetu Singh bookend the warmest, most dil se biography an Indian star has ever penned.