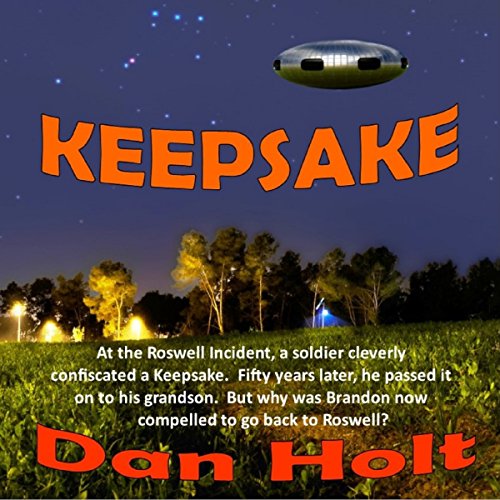 In the early morning hours of July 5, 1947, Army Private Buck Anderson and his fellow soldiers were awakened and loaded on rugged-terrain Army vehicles. They were trucked across the rough New Mexico desert outside of Roswell to clean up what they thought was an aircraft crash site. They were sworn to secrecy but none would ever forget what they encountered scattered across the barren landscape. While recovering the pieces of the destroyed craft Buck encountered an artifact; something that defied logic. Against orders, he hid it in the leg of his pants, planning to make it a keepsake; a remembrance of what he would never be allowed to discuss. Fifty years later, Buck's will bequeathed to his grandson Brandon a velvet bag with the keepsake inside. In possession of the artifact, Brandon and his wife Audrina will follow an unexplained yearning, a quest that draws them back to Roswell and leaves them both in awe of something they could never have imagined and cannot explain. They will be endowed with a special connection to the owner of the keepsake and to the Orion Constellation. They will be granted a gift that will leave them forever changed and looking skyward.