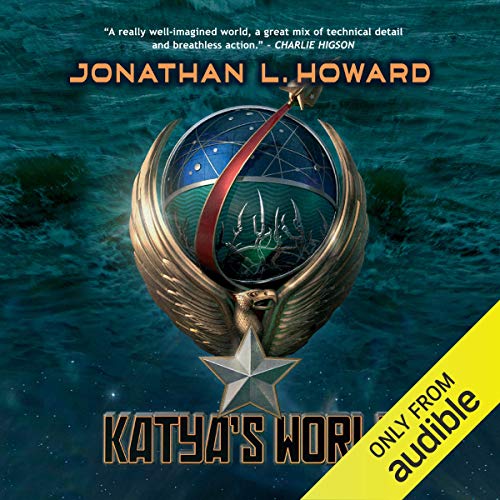 The distant world of Russalka has no land, only the raging sea; no clear skies, only storm clouds. Beneath the waves, the people live in pressurised environments and take what they need from the ocean. It is a hard life, but it is theirs and they fought a war against Earth to protect it. But wars leave wounds that never quite heal.

Katya Kuriakova doesn't care much about ancient history like that, though. She is making her first submarine voyage as crew; the first journey of what she expects to be a nice, simple career. There is nothing nice and simple about the deep black waters of Russalka, however; soon she will encounter pirates and war criminals, see death and tragedy at first hand, and realise that her world's future lies on the narrowest of knife edges. For in the crushing depths lies a sleeping monster, an abomination of unknown origin. And when it wakes, it will seek out and kill every single person on the planet.