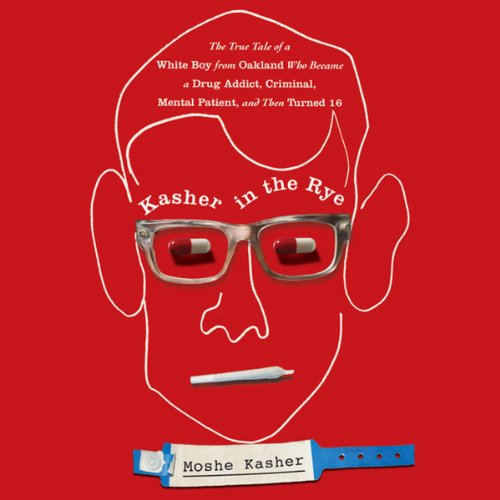 Kasher in the Rye

Kasher in the Rye

Rising young comedian Moshe Kasher is lucky to be alive. He started using drugs when he was just 12. At that point, he had already been in psychoanlysis for eight years. By the time he was 15, he had been in and out of several mental institutions, drifting from therapy to rehab to arrest to... you get the picture. But Kasher in the Rye is not an "eye opener" to the horrors of addiction. It's a hilarious memoir about the absurdity of it all.

When he was a young boy, Kasher's mother took him on a vacation to the West Coast. It was more of an abduction - just not officially. She stole him away from his father and they moved to Oakland, California. That's where the real fun began, in the war zone of Oakland Public Schools. He was more than just out of control - his mother walked him around on a leash, which he chewed through before running away.

Those early years were part Augusten Burroughs, part David Sedaris, with a touch of Jim Carrol... but a lot more Jewish. In fact, Kasher later spent time in a Brooklyn Hasidic community. Then came addicition.