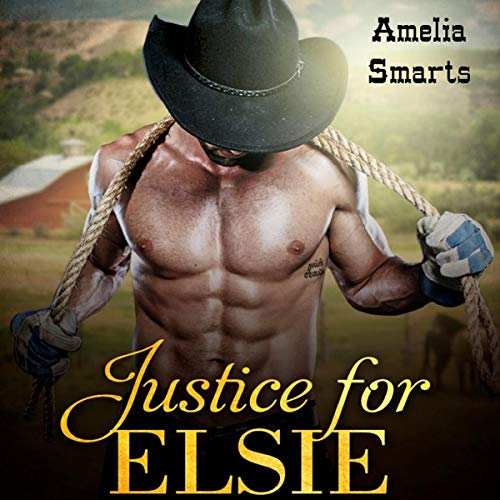 Elsie Fin is hell-bent on revenge against her father's murderer. She develops a successful cattle-rustling operation as payback, but is soon in over her head. That's when she decides she needs a good husband, a man strong enough to take control and loyal enough to protect her from the law, so she places a mail-order groom advertisement in the paper.

While Elsie seeks her groom, she hires Wyatt Parker to help her around the ranch. Little does she know, he's actually an undercover deputy tasked with gaining her trust and verifying the marshal's suspicion of her theft.

Wyatt never imagined a beautiful, sweet woman like Elsie would be the mastermind behind such a serious illegal activity. Soon his loyalties are split between the law and a woman whose kindness and vulnerability bring out powerful feelings of tenderness in him.

Compelled to protect the wayward woman, Wyatt makes covert plans to rescue her, reasoning that Elsie is more in need of a spanking than life in prison. But will she end up behind bars or married to her mail-order groom before Wyatt can reveal his feelings for her and carry out his plan to save her?

Warning: Justice for Elsie is a historical western romance containing sexual scenes and domestic discipline, including punishment spanking. If these themes offend you, please don't listen to this audiobook.

Author's note: This is an expanded version of the story previously titled Justice, Roughly, which appeared in the Hero Undercover anthology.