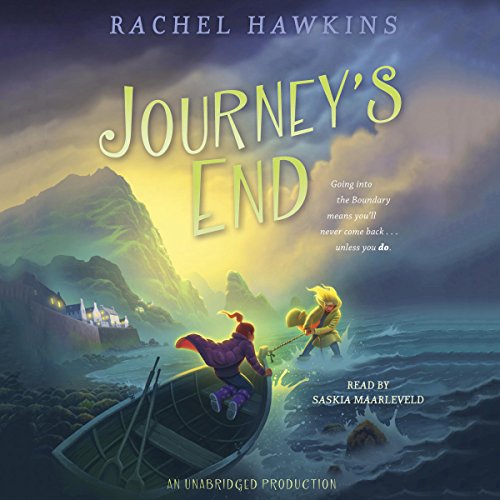 The town of Journey's End may not literally be at the end of the world, but it sure feels like it to Nolie Stanhope. Spending the summer with her scientist father in the tiny Scottish village isn't exactly Nolie's idea of a good time, but she soon finds a friend: Native Journey's Ender Bel McKissick.

While Nolie's father came to Journey's End to study the Boundary - a mysterious fog bank offshore - Bel's family can't afford to consider it a threat. The McKissicks' livelihood depends on the tourists drawn by legends of a curse. Still, whether you believe in magic or science, going into the Boundary means you'll never come back.

Unless you do. Albert Etheridge, a boy who disappeared into the Boundary in 1914, suddenly returns - without having aged a day and with no memory of the past 100 years. Then the Boundary starts creeping closer to the town, threatening to consume everyone within.

While Nolie's father wants to have the village evacuated, Bel's parents lead the charge to stay in Journey's End. Meanwhile, Albert and the girls look for ways to stop the encroaching boundary, coming across an ancient Scottish spell that requires magic, a quest, and a sacrifice.

"Entwined with the contemporary story...is an account of a 500-year-old tragedy: the death of a laird's son, the nanny punished for it, and a powerful curse." (Kirkus)