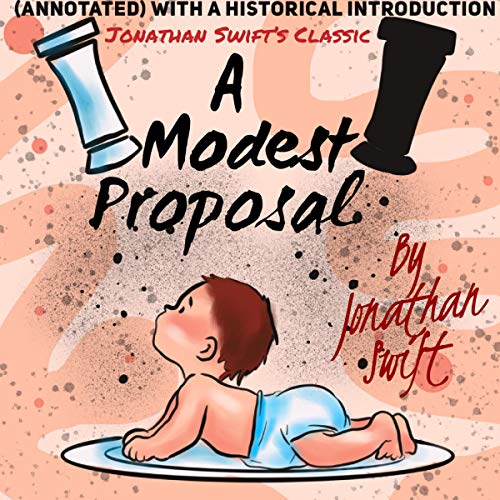 Unique to this title is:

You may of course skip the historical intro and go straight to the main title and come back later to the beginning as you wish.

Jonathan Swift was a 17th century Ango-Irish satirist, essayist, poet, and cleric. He was also a Dean of St. Patrick's Cathedral in Dublin.

Swift had a unique writing style which many still don't know what to think about. On the one hand, he is regarded as the best prose satirist in the English language, on the other, because of his provocative writing, some considered him a monster.

In 1729, Swift published A Modest Proposal for Preventing the Children of Poor People in Ireland Being a Burden on Their Parents or Country, and for Making Them Beneficial to the Publick known today as A Modest Proposal.

In this satire, Swift grotesquely suggests how the poor could solve the problem of their numerous families which they are struggling to feed.