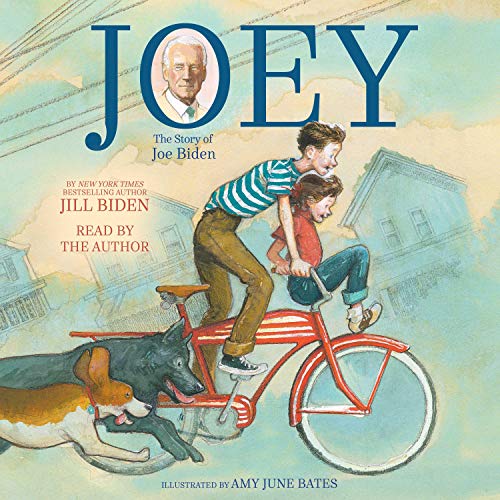 "[Jill] Biden’s anecdotal portrait of her spouse’s early years spotlights his competitiveness and risk-taking...his role as a peacemaker, devoted brother, and defender of bullied peers...and reveals how...high school, when he became a star athlete and class president, paved the way for leadership roles in college and beyond." (Publishers Weekly)

“Young readers are likely to find inspiration and aspiration in young Joey as a relatable, athletic, and tenacious kid who grew into a civic leader.” (School Library Journal)

Joey is about the young life of Joe Biden, the 47th vice president of the United States, and includes never-before-told family stories about the president-elect and former vice president’s childhood - written by Jill Biden, his spouse.

Joe Biden grew up in Scranton, Pennsylvania, the oldest of four children. His parents always encouraged him and his siblings to be independent and strong. The family moved to Wilmington, Delaware, where at 29, Biden was one the youngest United States senators ever elected. This is his story.