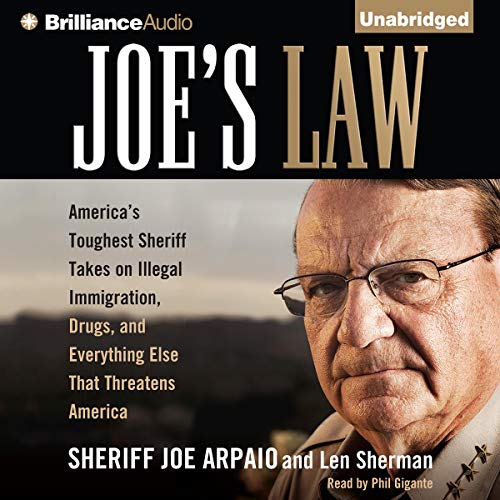 He is both feared and admired, and for the past two decades he has been both lionized and demonized by the media. Outspoken, no-nonsense, and eminently fascinating, Joseph M. Arpaio captured the public's imagination from his first day as sheriff of Maricopa County, Arizona (a county larger than the state of New Jersey), in 1992. He has become an icon, not only in his own state, but around the world. For 16 straight years he has averaged an unprecedented 80-percent approval rating.

In this book, America's Toughest Sheriff takes an uncensored look at some of the most difficult and important issues facing America today. The only local law-enforcement official in the country directing his deputies to arrest illegal immigrants, Arpaio has shamed the U.S. Border Patrol, the Dept. of Homeland Security, and other federal bureaus, and has become a prominent leader in the fight against some of our most pervasive problems.

In Joe's Law he tackles the issue of illegal immigration head on: its relationship with drug trafficking, taxes, and crime, and how it impacts health care and education as well. Arpaio offers fair and innovative ways to solve this dilemma and many others, not only for his own state, but for the entire country.

The sheriff's struggle has personal consequences as well, as the book opens with the revelation of an all-too-credible assassination plot against him, arising from his aggressive and very public anti-illegal immigration campaign.

Compelling and courageous, Joe's Law is a candid take on some of American society's most pressing problems, and one man's revolutionary vision for eliminating them.