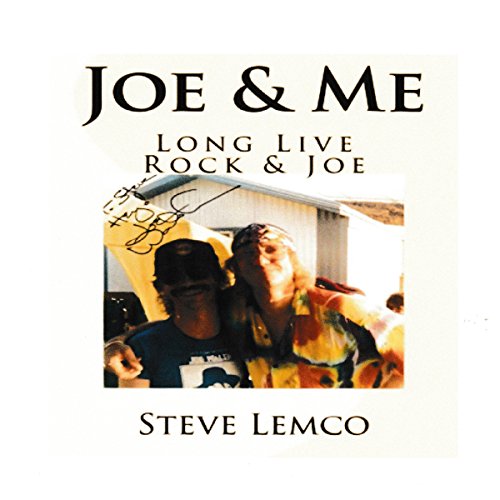 This story gets out of the gate early and remains at a fast pace. It will toy with your emotions, bouncing you from laughter to sorrow. By the second chapter, you will be drawn into the family, eagerly awaiting the next adventure. By chapter five you will understand the title of Joe & Me. Yet there is tragedy in my book, as there is in anybody's life.

This book is about me growing up with three older brothers and a younger sister, from the outback of Australia to the streets of the Bronx, New York to the small, wooded community of Bonney Lake, Washington. My streetwise brothers caused hysterical havoc. One of my brothers would become a self-made millionaire. (If you Google "Ed Lemco", you will find endless information about the company I helped him build.) Another brother would become a Hollywood-to-stars drug dealer. He paid the ultimate price. The third brother would run away from home at age 16 and join a carnival. In 1977 he robbed a bank in Eugene, Oregon. He received 40 years in prison. I became a makeshift lawyer and got him out in four years.

As for me, I tell the true stories of how Joe Walsh and I became friends, from the James Gang to the Eagles with Barnstorm in between. There were many obstacles to overcome in meeting Joe, but a path was laid before me by an LSD premonition I had when I was a teenager. You will believe in it, as I most certainly do.