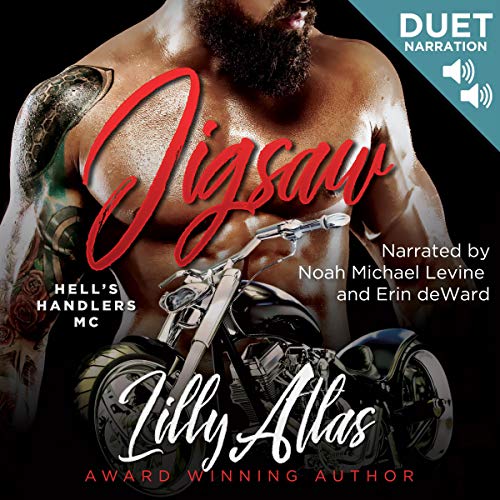 After being disappointed by her family one too many times, Izzy’s convinced the only person she needs is herself. Seeking a life with fewer relationships, she leaves the bustle of the city and moves to small-town Tennessee. Her plans for quiet and solitude don’t last long after she’s adopted by both the men and women of the Hell’s Handlers Motorcycle Club.

Once upon a time, Lincoln had a picture-perfect life. Sweet, loving wife, beautiful daughter, enviable career. But one fated night, it’s all wiped out, leaving him scarred both mentally and physically. Now known as Jigsaw, he’s a force to be reckoned with and a valuable asset to the Hell’s Handlers MC. He’s also done. Done with love, done with dreams, done with women...unless it’s to work off some tension.

Despite their resolve to avoid entanglements, chemistry blazes between Jig and Izzy and becomes harder to resist with each encounter. When the club’s enemies set their sights on Izzy, the Handlers pull her even further into the fold. Everything Izzy believes about families is challenged as Jig and his club prove they can be counted on again and again.

Fighting side by side with a fearless woman, even one as smokin’ as Izzy, isn’t something Jig wants, but it might be exactly what he needs. If club business doesn’t destroy them, is there a chance Jig and Izzy can let go of their pasts and find happiness?