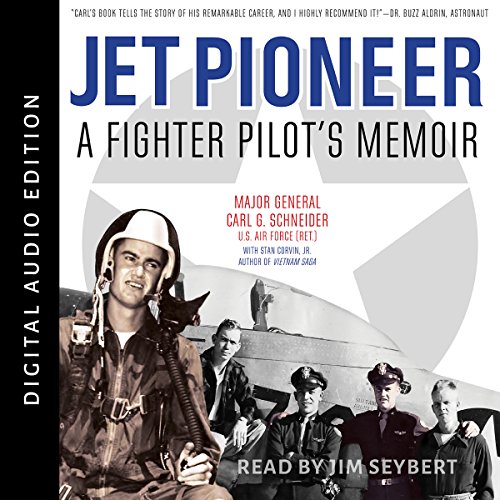 Jet Pioneer: A Fighter Pilot's Memoir is the remarkable story of Major General Carl G. Schneider's 32-year US Air Force career. Beginning in 1946 as a newly enlisted AAF private, he rose through the ranks to become a two star general - an accomplishment very few men in American history have ever achieved.

This audiobook is a fascinating look into the unprecedented career of a jet fighter pilot who flew 100 combat missions in Korea and served in Vietnam flying combat missions with the VNAF. Filled with personal stories, Jet Pioneer: A Fighter Pilot's Memoir takes the listeners along as the author recounts riveting combat missions, often humorous accounts of his air force career as well as the "gut-wrenching moments" of learning close friends were shot down by the enemy and killed or captured.

A carrierists story. Flying as a talent and byproduct of an airforce life is only discribed in short passages.