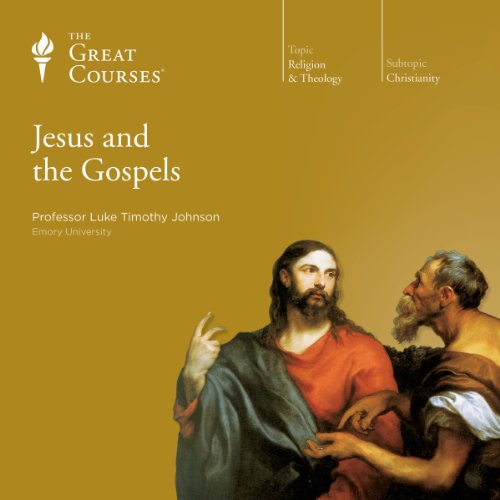 Jesus and the Gospels

For most of the last 2,000 years, questions about the figure of Jesus have begun with the Gospels, but the Gospels themselves raise puzzling questions about both Jesus and the religious movement within which these narratives were produced. Is it possible to shape a single picture from the various accounts of his life given us by these Gospels?

This far-ranging course examines not only the canonical Gospels of Matthew, Mark, Luke, and John familiar to us from the New Testament, but also the many other, apocryphal narratives and literary works that have contributed to our perceptions of Jesus, Mary, and Christianity - all of which are encompassed by the word "Gospel." In these 36 engaging lectures, you'll discover the human Jesus that underlies many portraits we have. After introducing you to the era's volatile mixture of Mediterranean culture, Greek ideals and realities, Roman governance, and the religion of Israel, Professor Johnson turns to the Gospels and provides close analyses of key lines of text, explanations of the significance of language and terminology, and overviews of important issues with which scholars have long grappled. You'll learn about the different issues of faith each Gospel emphasizes, as well as the real-world logistics of spreading that faith during the early Christian era.

But it is the figure addressed by the Gospels who dominates these lectures, sometimes in ways less familiar than the portrayals of Jesus we most often encounter. Beyond the portrayal in the synoptic gospels, you'll study what the apocryphal narratives have to say about the childhood of Jesus. Among other things, you'll also learn about the source of Roman Catholicism's doctrine of Mary and examine the 2nd century faith of Gnosticism.