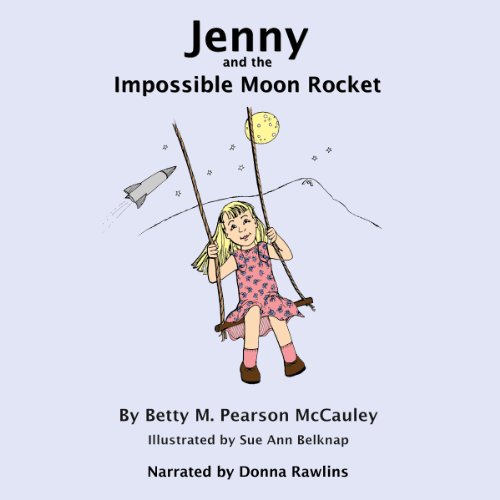 Jenny and the Impossible Moon Rocket

Jenny dreams of impossible things such as rockets that fly to the moon. But it's 1938, and Jenny's brother Eric says those things will never happen. Her neighbor Mr. O'Leary disagrees: "Jenny, real things start with pretend and dreams."

Jenny and her Buck Rogers Rocket Club friends worry when member Elaine falls ill with Polio. She'll need a wheel chair, so Jenny dreams up another idea. The Rocket Club will raise the $50 to buy one! Impossible, say Eric and the grown-ups.

Who has that much money during these hard times? Jenny asks her friends for help. Rocket Club members join the big Fourth of July parade in Butte, Montana, to advertise their fund-raiser-a Rocket to the Moon Fair. Is this just another impossible dream?