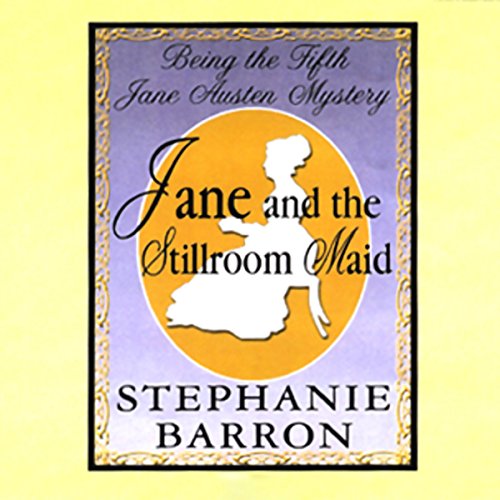 Jane and the Stillroom Maid

Jane Austen is enjoying August, 1806, among Derbyshire's craggy peaks, sparkling streams, and cavernous gorges. That is, until she discovers the corpse of a young gentleman whose blond curls and delicate features suggest the face of an angel.

More shocking still is the coroner's revelation: the deceased is no man but a maidservant, clad in the garb of her master, Mr. Charles Danforth of Penfolds Hall. Tess Arnold had ruled the stillroom at Penfolds for many years, until she was labeled a witch and dismissed for indiscretion. Was Tess the prey of a madman loose in the hills, or perchance the cast-off impediment to a gentleman's marriage?

As usual, Jane's acute perception and her nose for trouble place her supremely at risk, from a killer who may strike as violently by day as he once did by night.