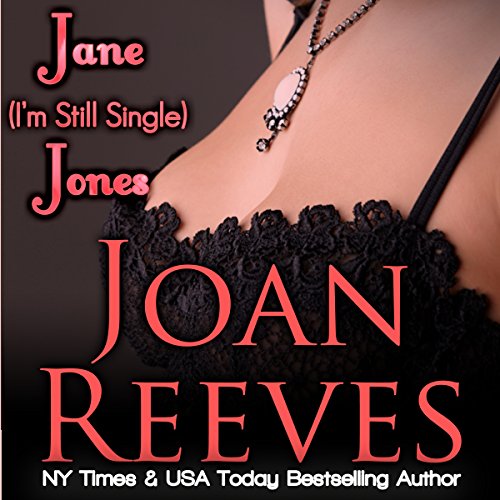 What could be worse for a former high school beauty queen who never landed the only man she ever loved than attending - alone - a 10-year high school reunion in a small town teetering on the edge of a time warp?

At least that's how successful textile designer Jane Louise Jones views her situation and her hometown, just south of nowhere in the rolling hills of Louisiana, where a woman is still looked at as a failure if she isn't married. At least, that's what her grandmother and all the other blue-haired women of the Vernon Ladies Bridge Club would have her believe.

Jane is used to dealing with challenges, but she's decidedly nervous about her reunion. What if Morgan Sherwood, the town boy-wonder who made good in a big way, shows up? Morgan was once her secret love, a geeky teen who stole her heart and then broke it before leaving town forever.

Fortunately, her best friend assures her that Morgan will be a no-show.

It's terrible when you can't trust your BFF!

Morgan arrives with his entourage in a stretch limo. He's not a geeky kid any more. He's six feet of tanned, rippling muscles, and he plans to focus his high-powered brain and use every masculine charm he possesses to seduce the lovely Miss Jones.

With a former classmate intending to claim him as husband number four, a Hollywood starlet who shows up to party with him, and an old boyfriend intent on stealing Jane's affection, Morgan has more obstacles than he'd expected.

Throw in the Ladies of the Bridge Club, lots of southern charm, and a 10-year old betrayal, and you have all the ingredients for a heartwarming, funny, sexy romantic comedy. Can Jane and Morgan get it right this time?

Jane wants to resist. She really does. Her brain says no, but her body says, oh, baby! Yes! Yes! Yes! Smoldering desire, thwarted for 10 years, explodes into passion. Will it burn away their doubts or turn their love into ashes?