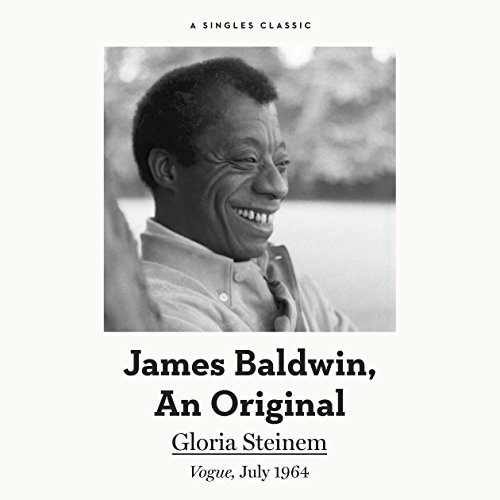 An interviewer once asked James Baldwin what he would say if a man from Mars suddenly appeared and asked, "What are you?" "At the time I left the country in 1948," he replied, "I would have answered your man from Mars by saying 'I am a writer'...Now I think I'd say to him: 'I am a writer with a lot of work to do and wondering if I can do it!'"

A portrait of the singular author at 40, Gloria Steinem's James Baldwin, an Original finds Baldwin between rehearsals for his Broadway play, Blues for Mister Charlie, a tragedy loosely based on the murder of Emmett Till in Mississippi, as he attempts to get his vision from page to stage uncompromised - and wrestles with his growing fame as a writer and activist. James Baldwin, an Original was originally published in Vogue, July 1964.