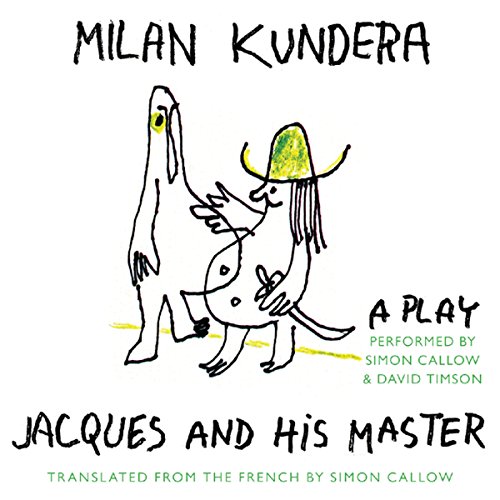 Jacques and His Master

Jacques and His Master

Jacques and His Master is a deliciously witty and entertaining "variation" on Diderot's novel Jacques le Fatalist, written for Milan Kundera's "private pleasure" in the aftermath of the Russian invasion of Czechoslovakia.

When the "heavy Russian irrationality" fell on Czechoslovakia, Milan Kundera explains, he felt drawn to the spirit of the eighteenth century - "And it seemed to me that nowhere was it to be found more densely concentrated than in that banquet of intelligence, humor, and fantasy, Jacques le Fataliste." The upshot was this "Homage to Diderot," which has now been performed throughout the United States and Europe. Here, Jacques and His Master, newly translated by Simon Callow, is a text that will delight Kundera's admirers throughout the English-speaking world.