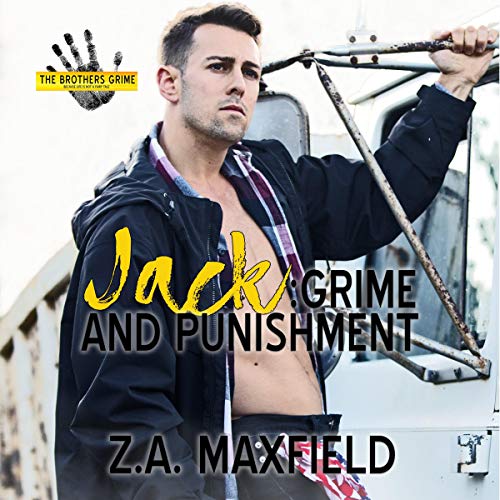 The Brothers Grime is Jack Masterson's way of helping people in crisis after disability ends his career as a firefighter. Jack's people get to a scene long after the physical trauma ends. They don't solve crime or rescue the victims. They help people move on. The new job is all Jack wants or needs, until he gets the call about old flame Nick Foasberg's suicide. Ryan Halloran's cousin Nick has been on a downhill slide for a long time. Despite that, Ryan does everything he knows to help. Ryan only understands part of what happened between Nick and Jack in high school, but after Nick's suicide, Ryan agrees both he and Jack need closure. They work together to clean the scene and despite the situation, heat flares between them. Jack is keeping a painful secret and fighting his attraction to Nick's lookalike cousin, Ryan. Ryan calls himself a magnet for lost causes and worries Jack might be the next in a long line of losers. Despite his misgivings, despite the past and the mistakes they've both made, Jack gives Ryan something to look forward to, and Ryan gives Jack a reason to stop looking back, in Grime and Punishment.