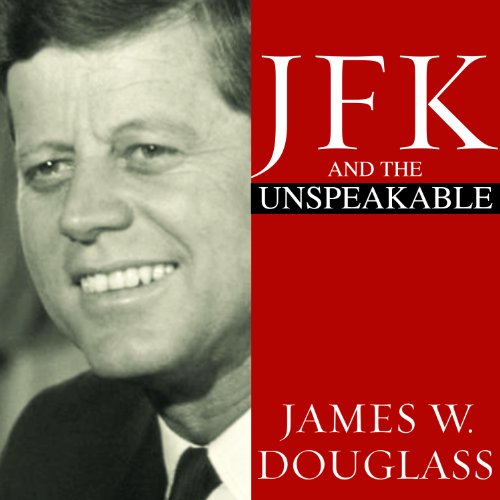 JFK and the Unspeakable

JFK and the Unspeakable

At the height of the Cold War, JFK risked committing the greatest crime in human history: starting a nuclear war. Horrified by the specter of nuclear annihilation, Kennedy gradually turned away from his long-held Cold Warrior beliefs and toward a policy of lasting peace. But to the military and intelligence agencies in the United States, who were committed to winning the Cold War at any cost, Kennedy's change of heart was a direct threat to their power and influence. Once these dark "Unspeakable" forces recognized that Kennedy's interests were in direct opposition to their own, they tagged him as a dangerous traitor, plotted his assassination, and orchestrated the subsequent cover-up.

Douglass takes listeners into the Oval Office during the tense days of the Cuban Missile Crisis, along on the strange journey of Lee Harvey Oswald and his shadowy handlers, and to the winding road in Dallas where an ambush awaited the president's motorcade. As Douglass convincingly documents, at every step along the way, these forces of the Unspeakable were present, moving people like pawns on a chessboard to promote a dangerous and deadly agenda.

"The best account I have read of this tragedy and its significance.... But don’t take my word for it. Read this extraordinary book and reach your own conclusions." (Oliver Stone)